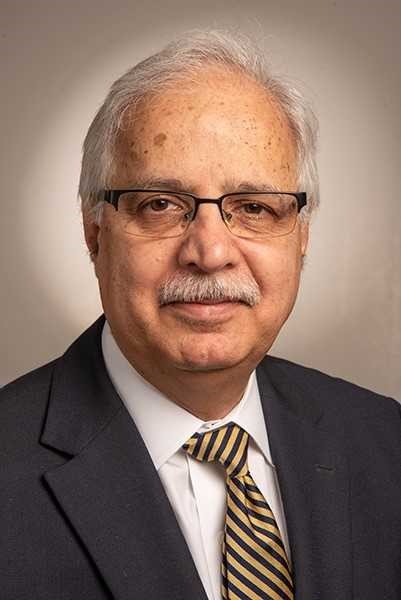 Dr. Ahmad completed his Pre Med studies at D.J. Science College and graduated from Dow Medical College, Karachi Pakistan in 1982 with his medical degree. He moved to the United States for further training and education. He completed his residency in Internal Medicine at University of Kentucky, Lexington Kentucky in 1990. He did his Fellowship in Cardiology at Wake Forest University Bowman Gray School of Medicine, Winston-Salem North Carolina from 1990-1993. He joined VA Hospital in Asheville, North Carolina (1993-1996) and served as Chief of Cardiology Section in Department of Medicine.

Dr. Ahmad is active in community service and volunteers his time for different organizations. He He is the Founder and Medical Director of Salam Free Clinics. He is President of Biking4Books (a nonprofit which raises funds for books for St. Louis City schools) and Board Member of OBAT Helpers (a nonprofit committed to education, health and economic empowerment of displaced refugee population in camps of Bangladesh). He has participated in medical volunteer work in Pakistan.